The GLR 20 motorcycle adventure route leads you for over 371 kilometers through the Haute-Garonne, Hautes-Pyrénées, and Pyrénées-Atlantiques regions of Southern-France and the Navarre region of Northern-Spain. 56 of those kilometers will traverse over off-road sections. If the going gets tough, The Back-up Tracks will support you with 9 different sections. With a total of 4 connecting GLRs to this GLR 20, you’re able to continue to Adventurise the region. Let’s get going! 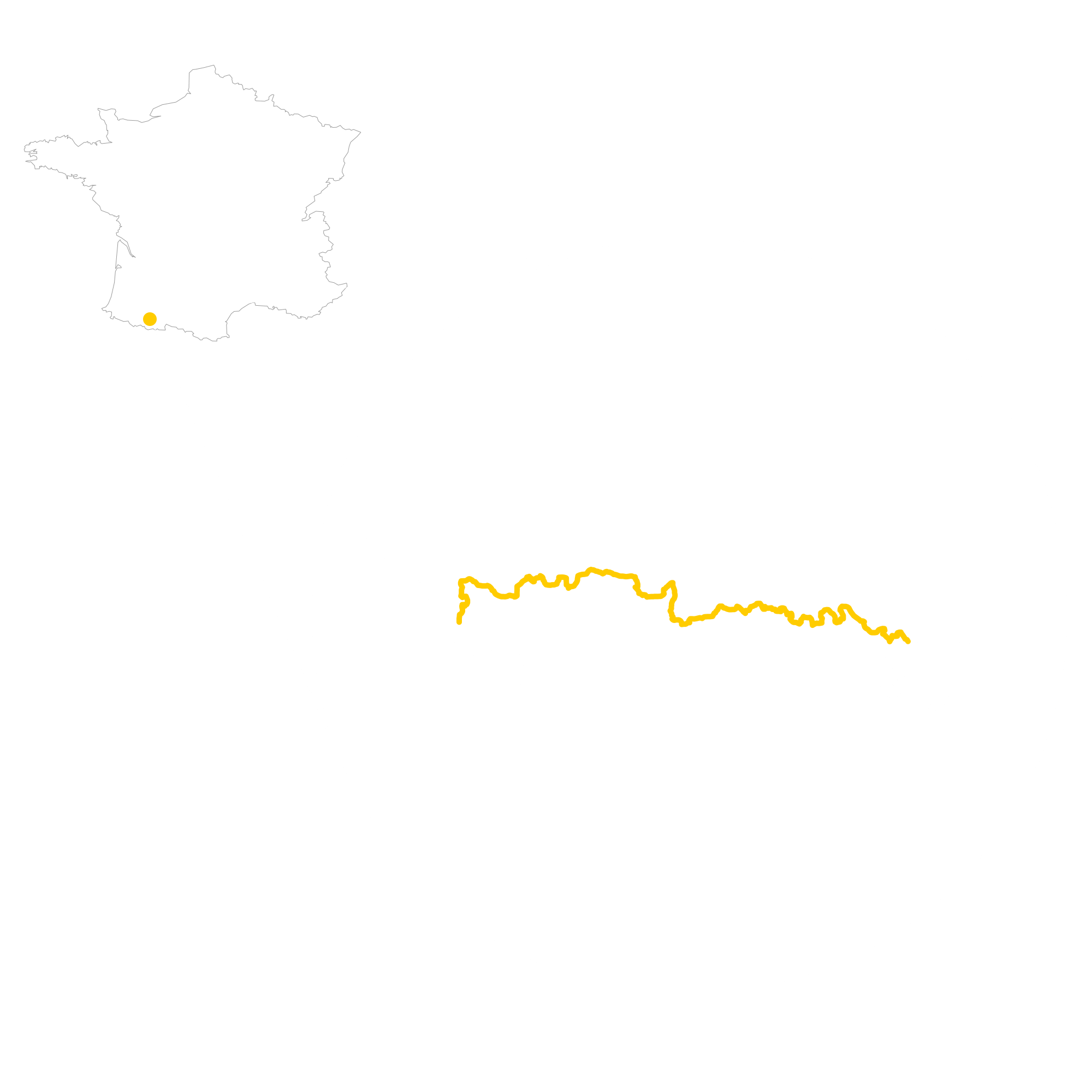 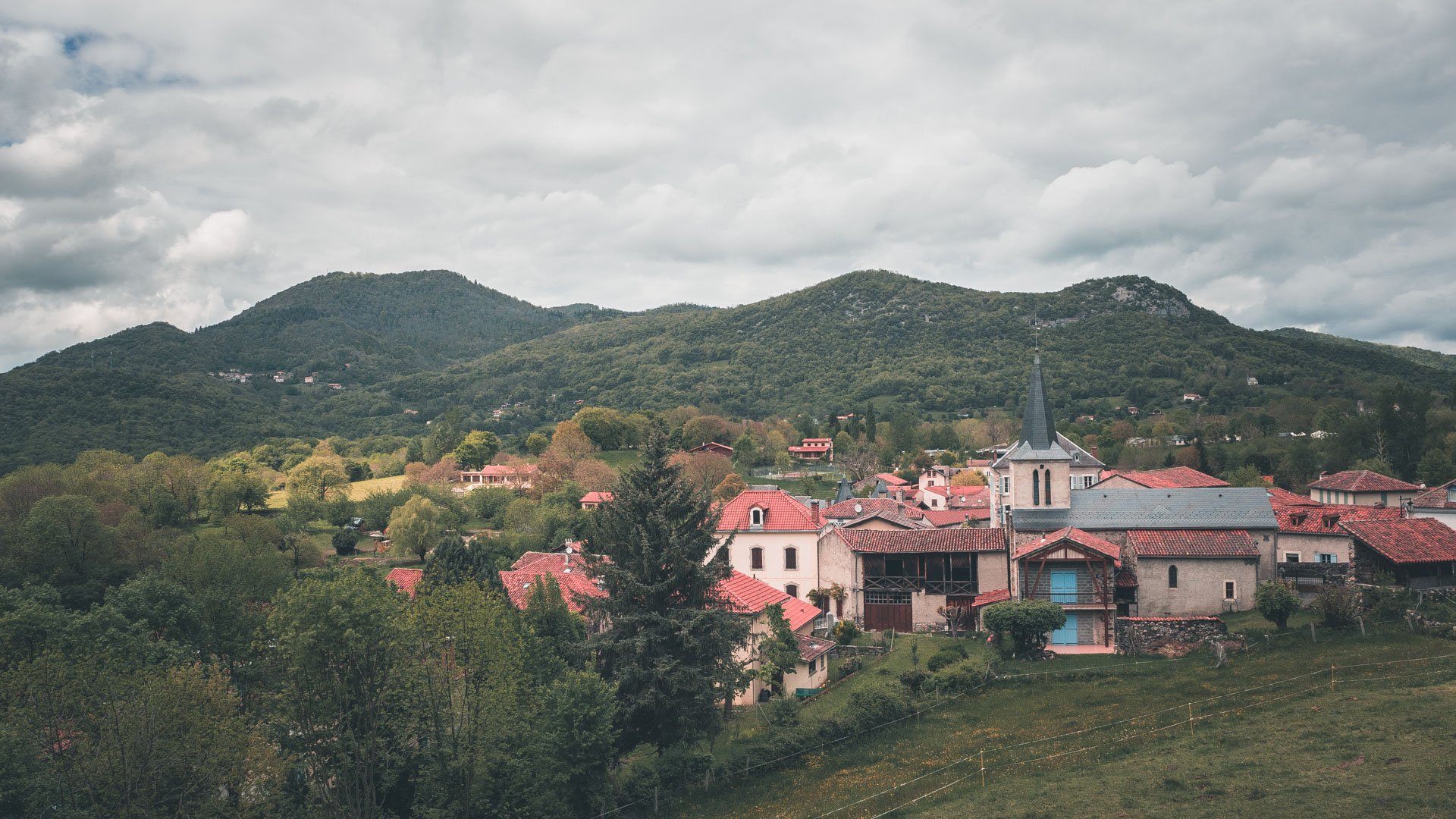 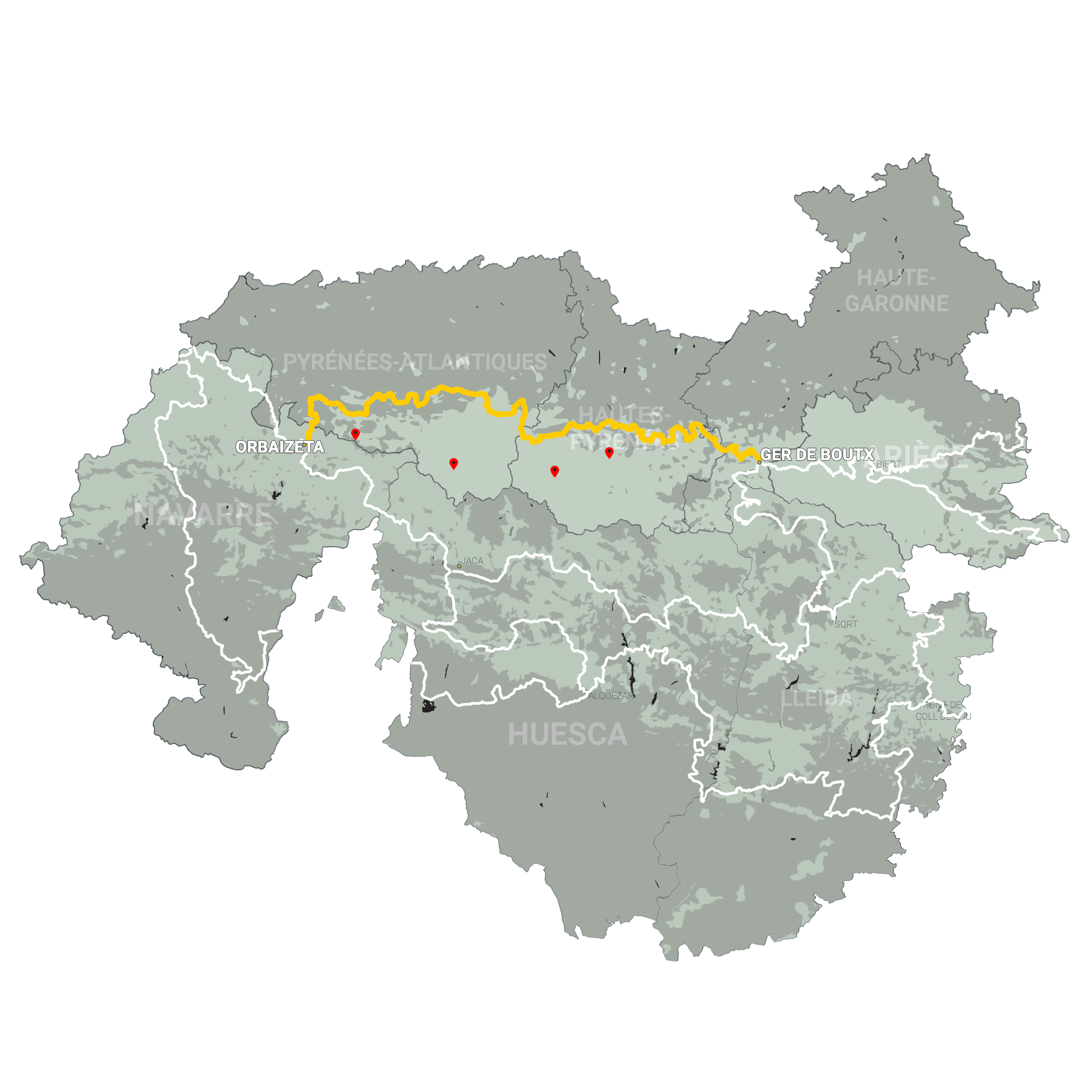 You start your adventure just over the Spanish border in Orbaizeta, but soon you’re in French territory. A winding mountain pass leads you around. I should mention that, due to the weather in the mountains being unpredictable, it could be possible that this pass is closed in the fall and winter months.

From Pau, you’ll head east towards Tarbes and Lourdes. It’s on this section of the GLR that you encounter some off-road sections! After passing through the hills surrounding Lourdes, you’re heading for your destination in Ger de Boutx. But not before the route changes several times from on-road into off-road sections! It’s the latter part of the GLR which knows the most off-road kilometers of the entire route!

After arriving at Ger de Boutx, you have the option to either continue your French motorcycle adventure or dive into Spain. You find more about the connections down below! 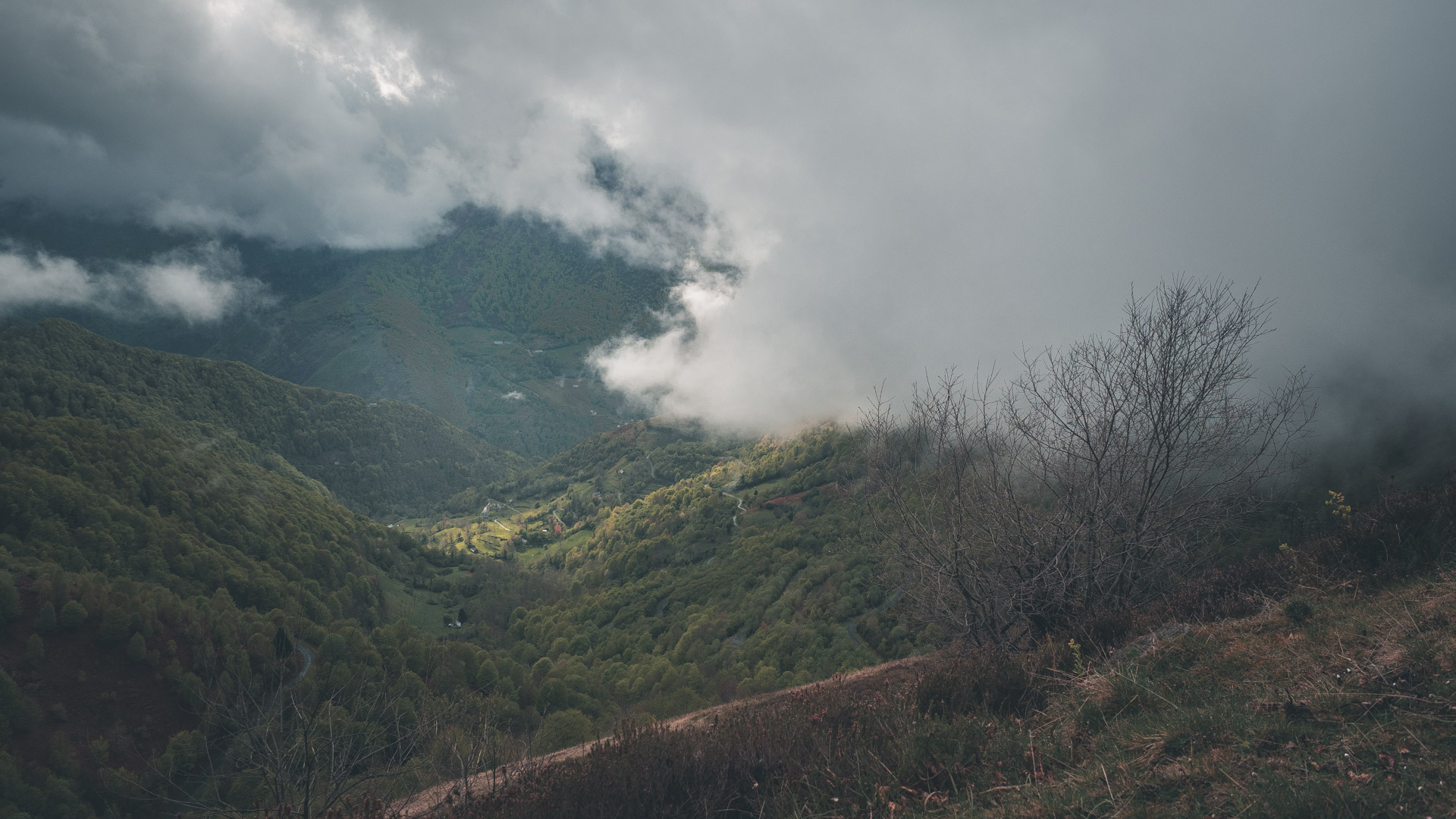 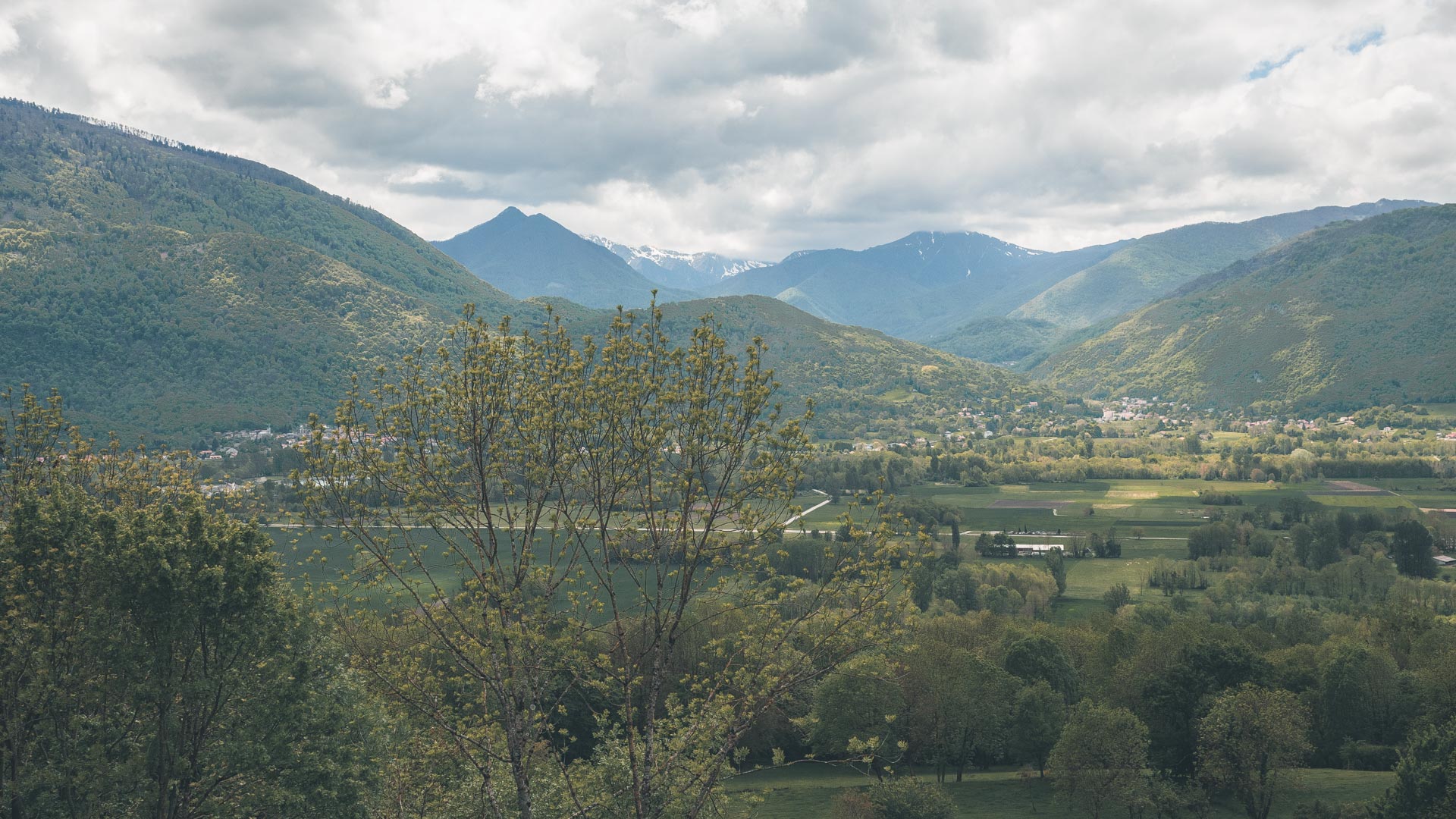 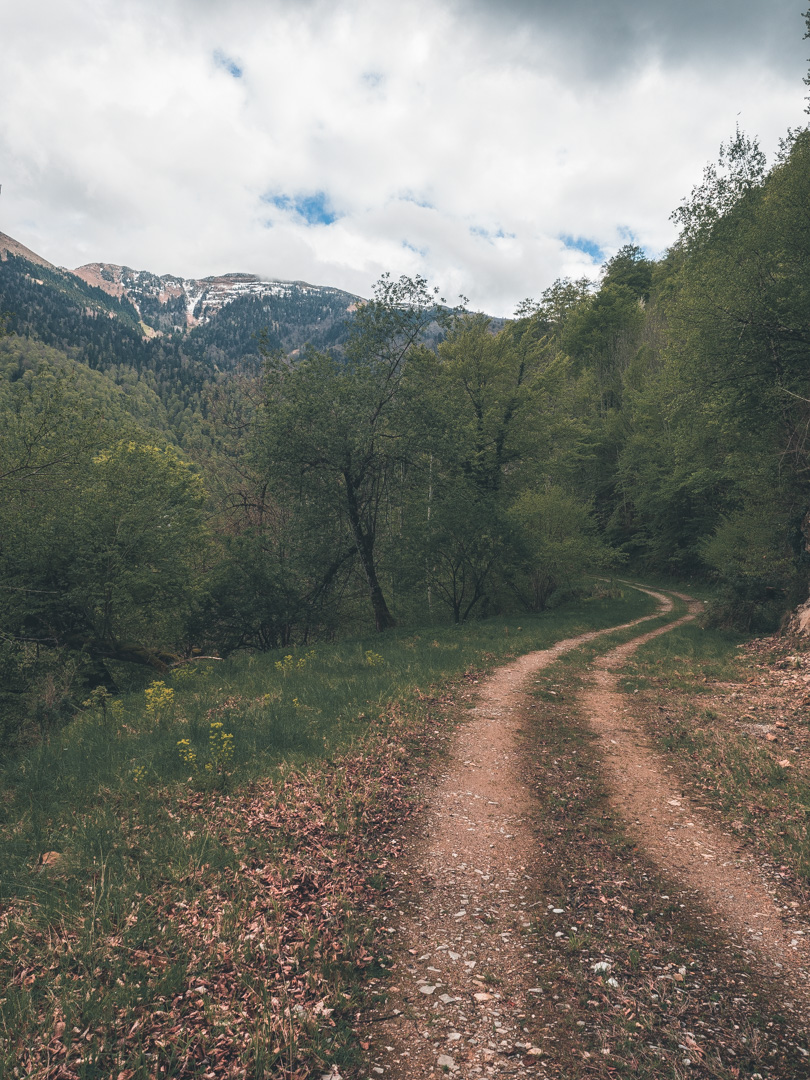 With the GLR 20 you’re going Trans-Pyrenees! With this motorcycle adventure route, you discover three of the four Pyrenean departments of France. Don’t wait and explore them down below!

The department of Haute-Garonne is mostly known for its prefecture, Toulouse. Toulouse is the fourth-largest city in France. Besides the metropolitan area, Haute-Garonne has more to offer. Especially the southern part of the department houses some of the highest peaks of the Pyrenees.

This southern part, also known as Pyrénées Centrals, is for us as Adventurisers the place to be! Bordering with Spain, these peaks reach a maximum altitude of 3222 meters. It’s from these peaks where you can overlook the entire department.

From the Pyrenees in the south, the rest of Haute-Garonne consists of two major plains. The first stretches from the Pyrenees base up to Toulouse and the second one from Toulouse up to the northernmost point of the department.

It’s because of the extremities between the Pyrenees and the lower plains, that the climate of Haute-Garonne can be divided into two. The northern part of the department knows a predominantly Mediterranean climate, with mild winters and extremely hot and dry summers.

On the contrary, the mountainous part knows an alpine climate with cold, snowy winters and fresh summers. It’s the snow that may cause you troubles when you’re outside the recommended season of the GLR in case. Therefore you need to keep an eye on the weather forecast! 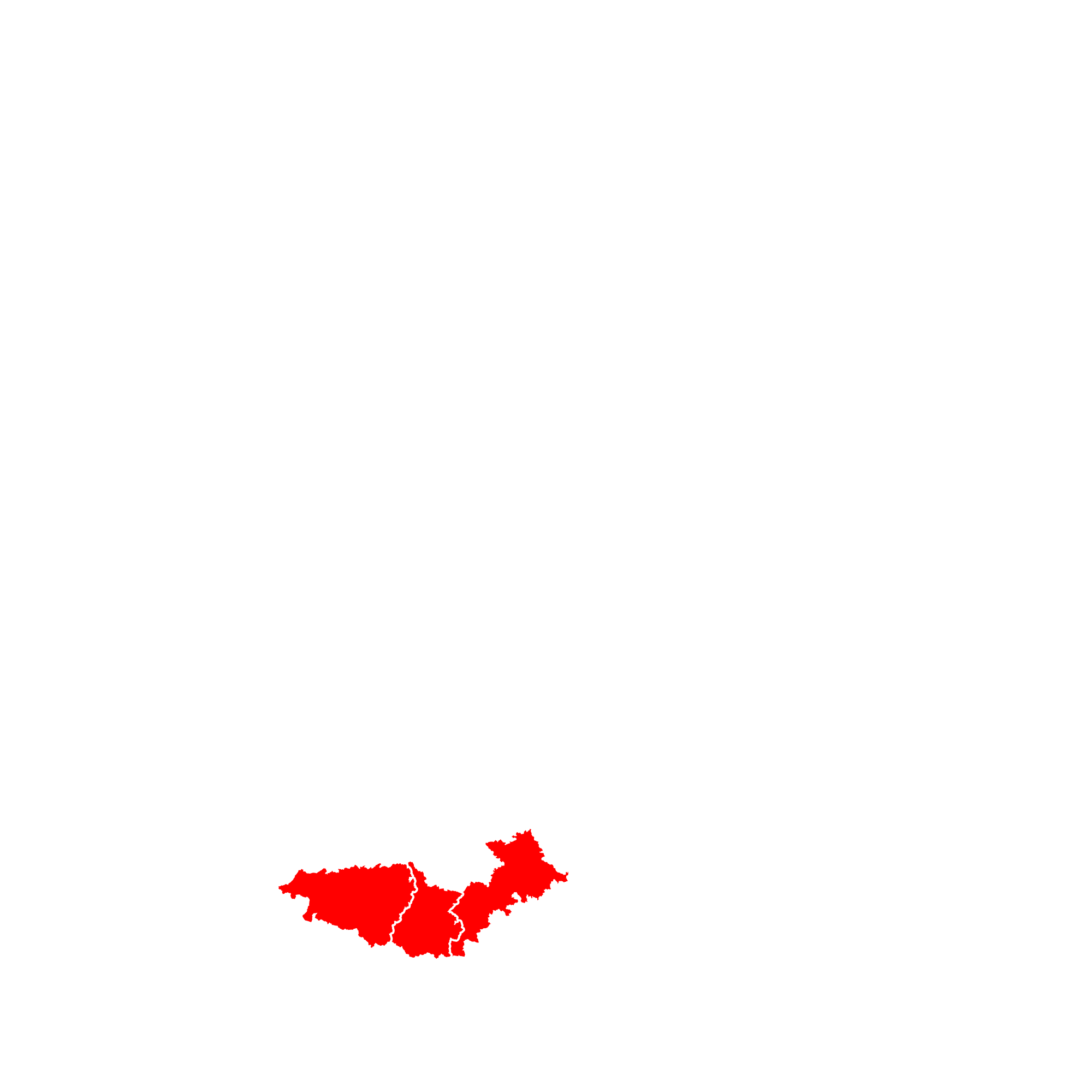 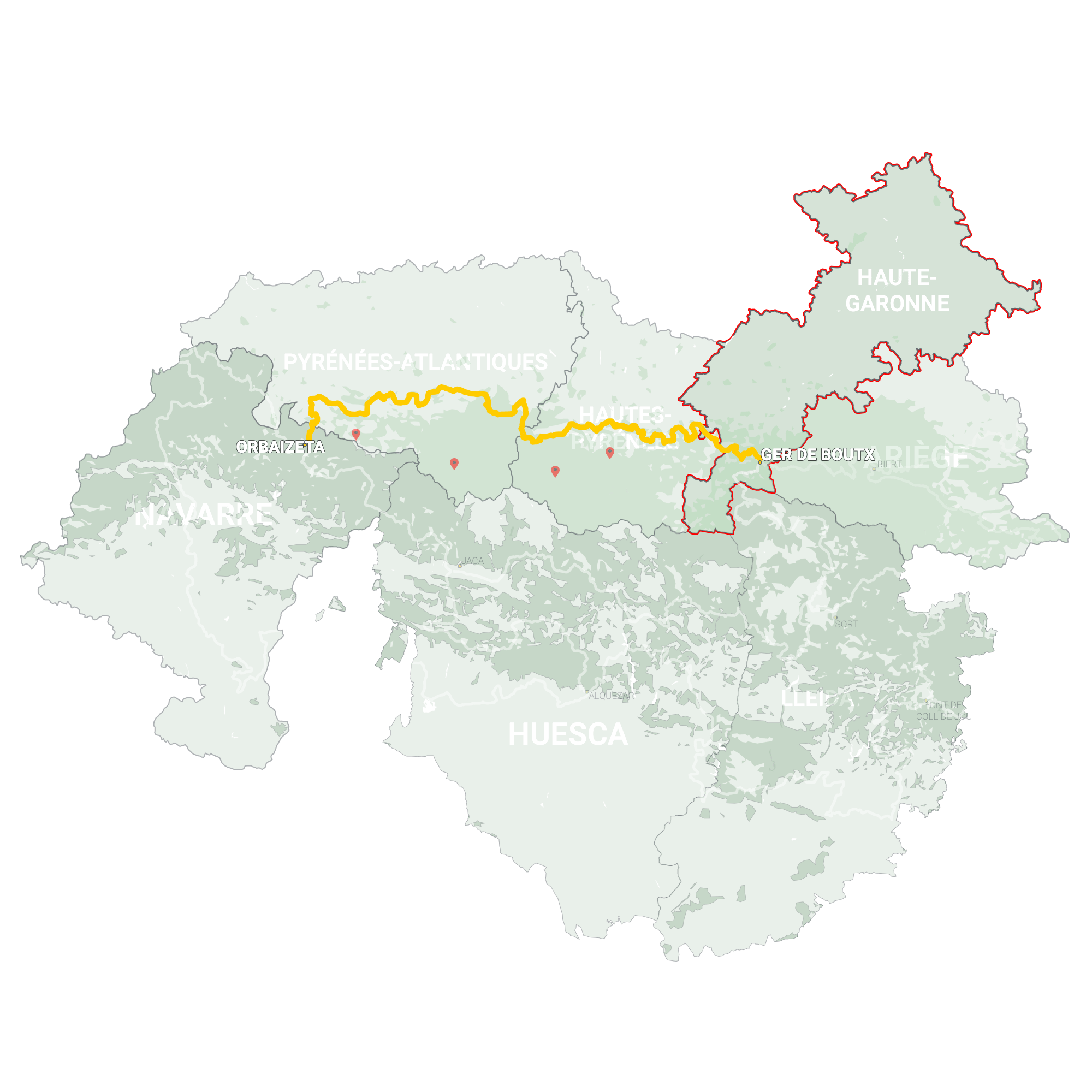 Geographically the department consists of three distinct areas. The south is dominated by the high mountains of the Pyrenees. Mostly off-limits for us as Adventurisers. Further to the north, in the foothills of the Pyrenees, is where the real fun begins! Although France in general knows stricter off-road riding laws, it’s here where the majority of off-road sections are located. The northernmost part of the department consists of large plains and agricultural land.

The local climate is dedicated by the mountains in the south and the plains to the north. The mountainous part knows a predominantly alpine climate with cold winters and relatively fresh summers. The further you move west, the wetter it gets. The westernmost point of the Pyrenees is known as one of the wettest regions of France. Further up north, an inland climate gets overhand and therefore summer can be dry and hot, and winters are mild.

The Pyrénées-Atlantiques department is located in the south-west corner of France. Heavily influenced by the Basque culture, this region shares a rich cultural heritage with its neighboring country. French is the predominant language, but many dialects are spoken with its roots in the Basque.

The landscape of Pyrénées-Atlantiques is dominated by the Pyrenees in the south, stretching its entire southern border. The highest peaks are located in the south-east corner of the department, with Pic Palas reaching an altitude of 2974 meters. Further to the north, the Pre-Pyrenees fade away into the lower plains.

It’s the combination of the Pyrenees in the south and the Atlantique Ocean to the west, that this region is known as the wettest of France. With an average precipitation of 1050mm a year. For us as Adventurisers, the best time of the year will be between April and June, just before the intense heat of the year takes the overhand.

Adventurising isn’t only about getting as fast from A to B! A Region has so much more to offer! That’s why I give you some suggestions about things to do while Adventurising the GLR 20.

At the top of the mountain, the French built an observatory. If you like science, this fascinating observatory at 2870 meters is worth visiting!
more info

This is the highest waterfall in mainland France! With an overall drop of 422 meters, this is a great detour to visit on a hot day!
more info

Fort Portalet was built to guard the French Pyrenees border and to protect the access to the Col du Somport. Construction began in 1842 and finished in 1870. From then on it saw use through the first and second world wars. Nowadays the local government tries to restore this fortification to its old glory.
more info

Mount Orhy is the westernmost peak above the 2000m mark. This mountain located on the border between France and Spain has an important role in Basque mythology. On a good day, it’s possible to summit the mountain via 6 different routes.
more info

Thank you for downloading the GLR 20! Good luck with Adventurising Europe. Speaking of Adventurising Europe, to keep the project going and free, we’re relying on a mix of sponsored advertisements and Adventuriser donations. Do you like what we’re doing and you want to support the project? Please consider a donation. You can read more about donations and support here.

Continue your GLR 20 Adventure by connecting different GLRs. To make your life even simpler, I’ve put together all the options down below!

You’ve finished your first part of your Trans-Pyrenean adventure with the GLR 20. In Ger de Boutx you have the choice between two connections. Take the GLR 18 if you want to cross the border into Spain. This 218 kilometers long adventure track will lead you into the heart of the Pyrenees. With 95 km of off-road sections, this route will give you the Pyrenean adventure you dreamt of.

If crossing the border with Spain is not on your itinerary, continue your journey with the GLR 19. This connection route will lead you further east. With a distance of 91 kilometers, this shorter route will lead you through the French Pyrenees where offroading isn’t allowed. With 17 kilometers off-road, this is the best route to continue east without hopping the border with Spain. 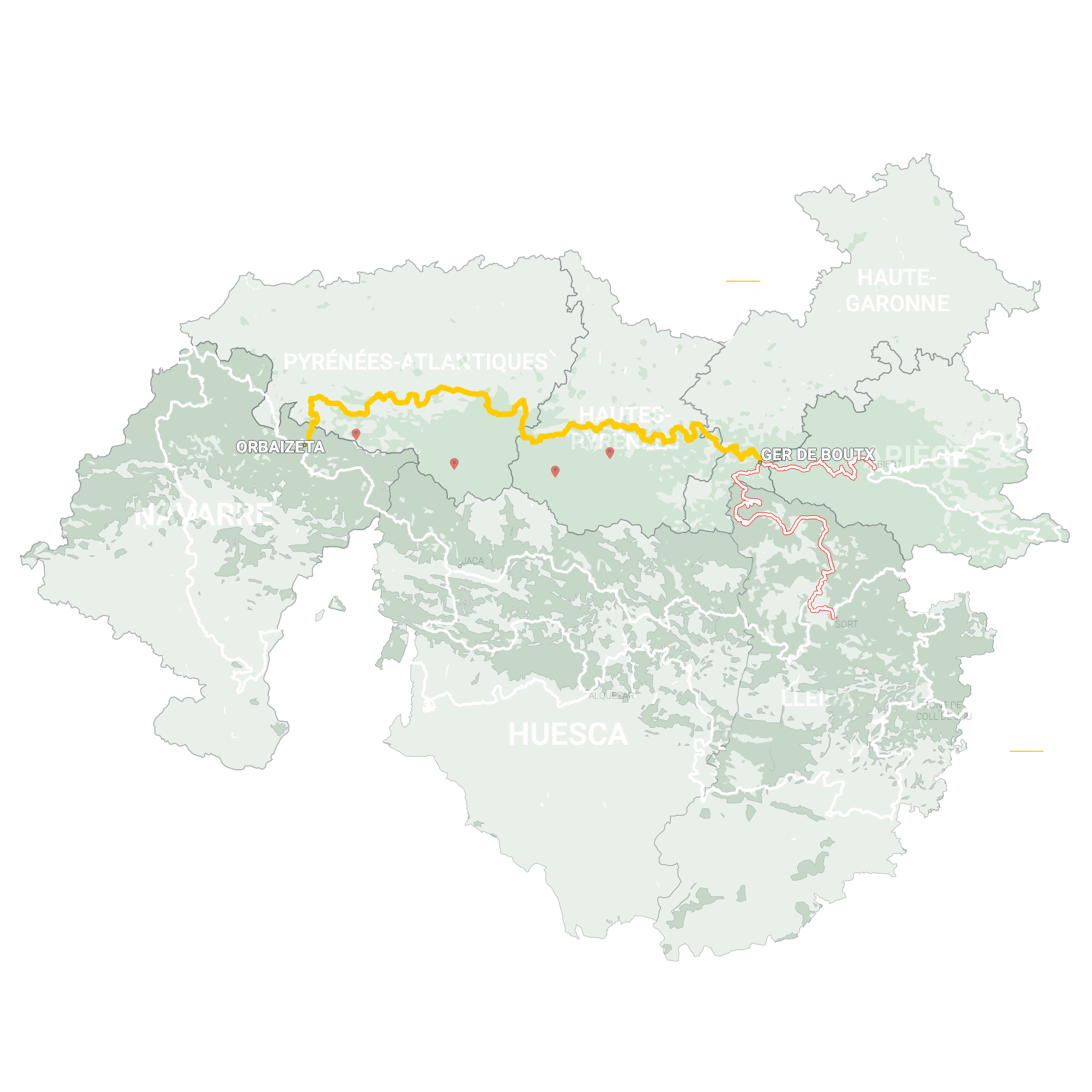 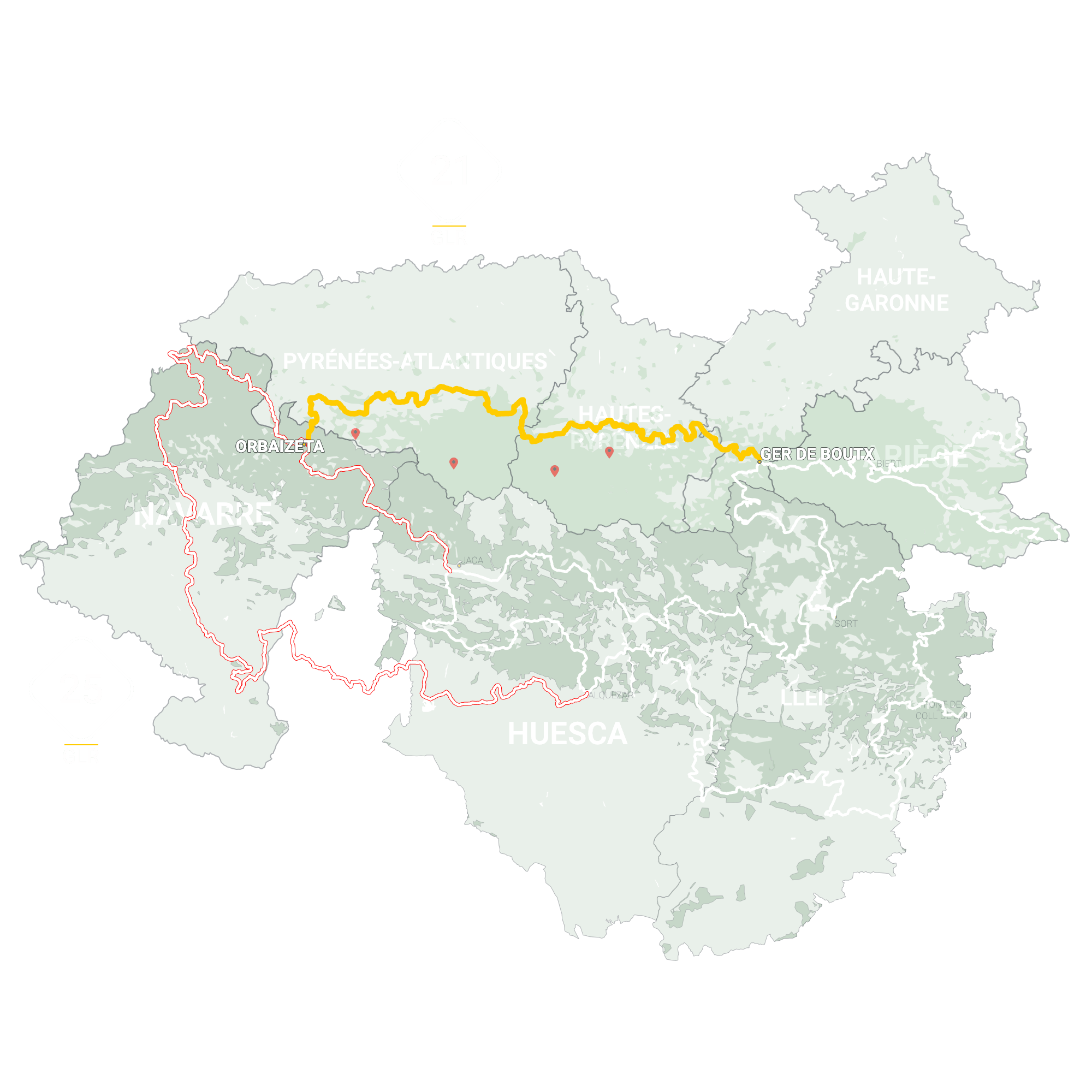 In Orbaizeta you’re at the westernmost point of the Pyrenees. You’ve just crossed the border into Spain and you’re looking for a great route to continue your motorcycle adventure. With the GLR 21, you cross the interior of northern Spain. This route is in great contrast with the French site. The GLR 21 will guide you for over 145 kilometers south-east. Since off-road traffic is not allowed in this region, only 10 km will traverse over off-road tracks. But don’t underestimate this route! The narrow canyons and bad road surface make it feel like you’re a real Adventuriser.

The Long way round. The GLR 25 will loop around the Spanish section of the GLR Network. This massif 659 kilometers long adventure route is one of my favorites! With 354 km of off-road sections, you’re riding more than half of the time off-road! Take this route if you want to explore northern Spain. 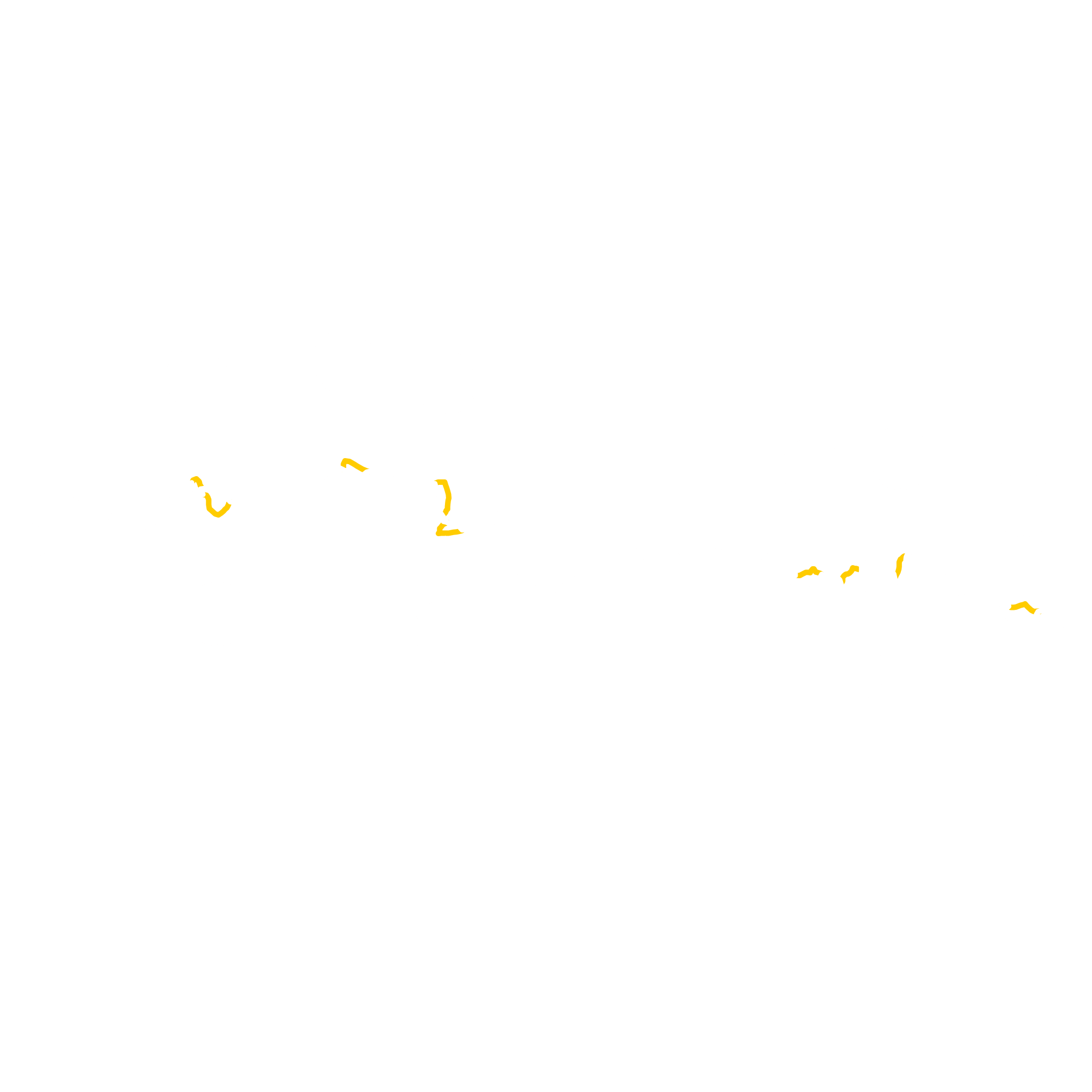 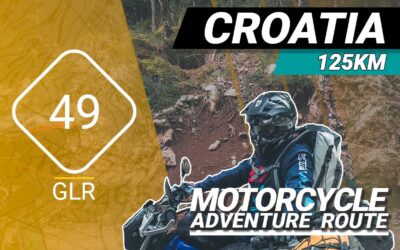 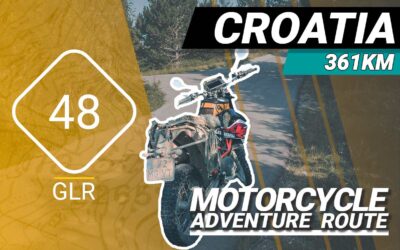 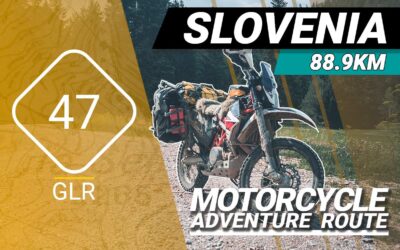